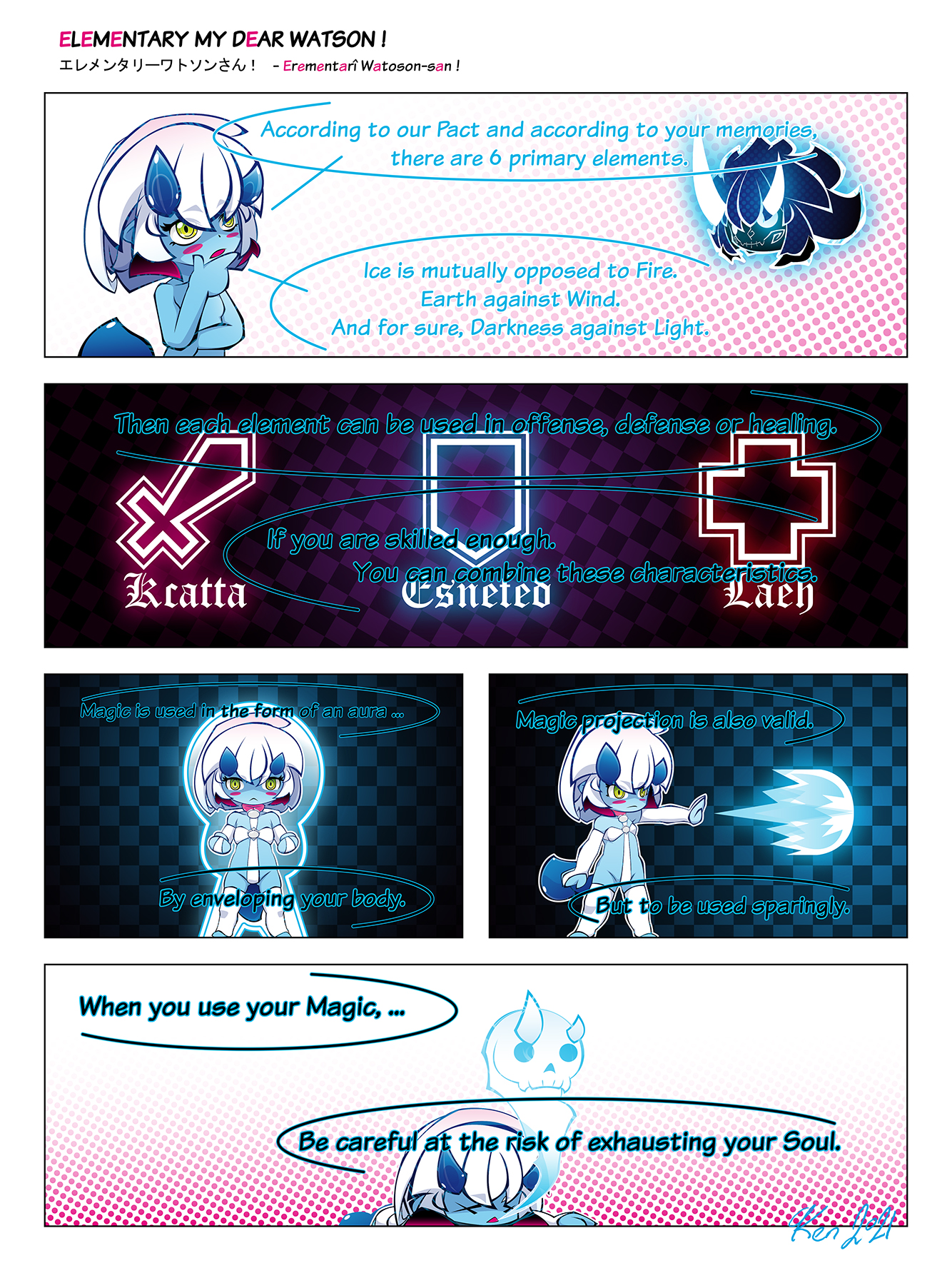 Layla learns the theory about the use of magic and the rules that govern the elements in the universe of Why the Lust doesn't wear Panties ?

In front of Kyuken's Script wall, this yonkoma announces and defines the used magic system in my Universe. I didn't look too far and took inspiration from many Japanese RPG video games from my life of gamers.

Firstly, the opposition between elements is an ample reference to the Final Fantasy series. Thus the elements form pairs that oppose each other. Fire against Ice, Earth against Wind, Water against Lightning and Light against Dark. Simple and clean. (^^p)

Then the Elemental magic can be used in different characteristics in Attack, in Defense or for Healing/Cure depending on how the equipment is defined like Guardian Forces in Final Fantasy VIII, or like the Materia System in Final Fantasy VII series.

And finally, the consumption of energy to use Magic. You believe that power is free. Everything has a price and everything must be compensated. XD
In the universe of "Why the Lust doesn't wear Panties ?", Magic consume the Soul, but it can be regenerated with time or an item consumption.
My reference comes from the video game Star Ocean 3 where the use of  Magics needs MP and some skills used HP. If one of those characteristics fell to 0, it meant the Knock Out of the character.

I guess using these basic rules allows me to imagine a very wide variety of attacks and defenses. However I have only shown mostly physical attacks. Except the Scribe who is the only one to have used magic. 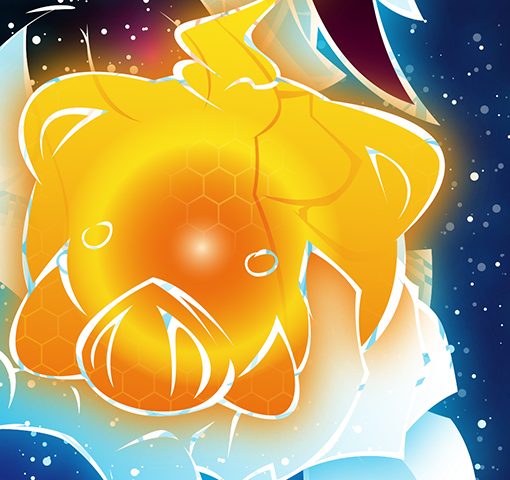 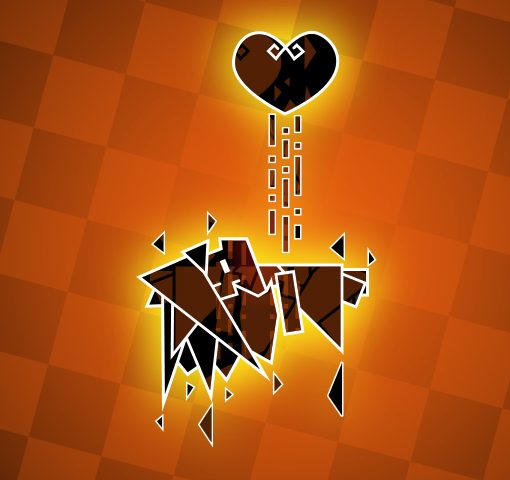 OBJECT OF ANGER – yonkoma #64 Published by Kyuken on July, 29th, 2021. Tears are legendary artifacts. They condense emotions and feelings […] 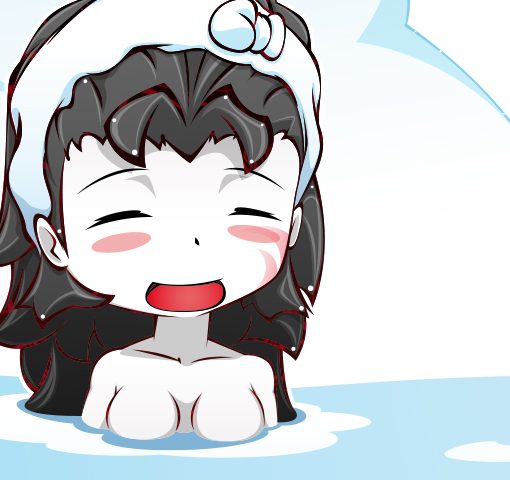 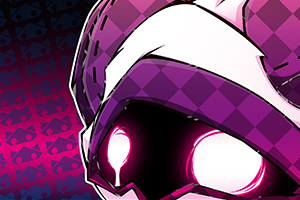